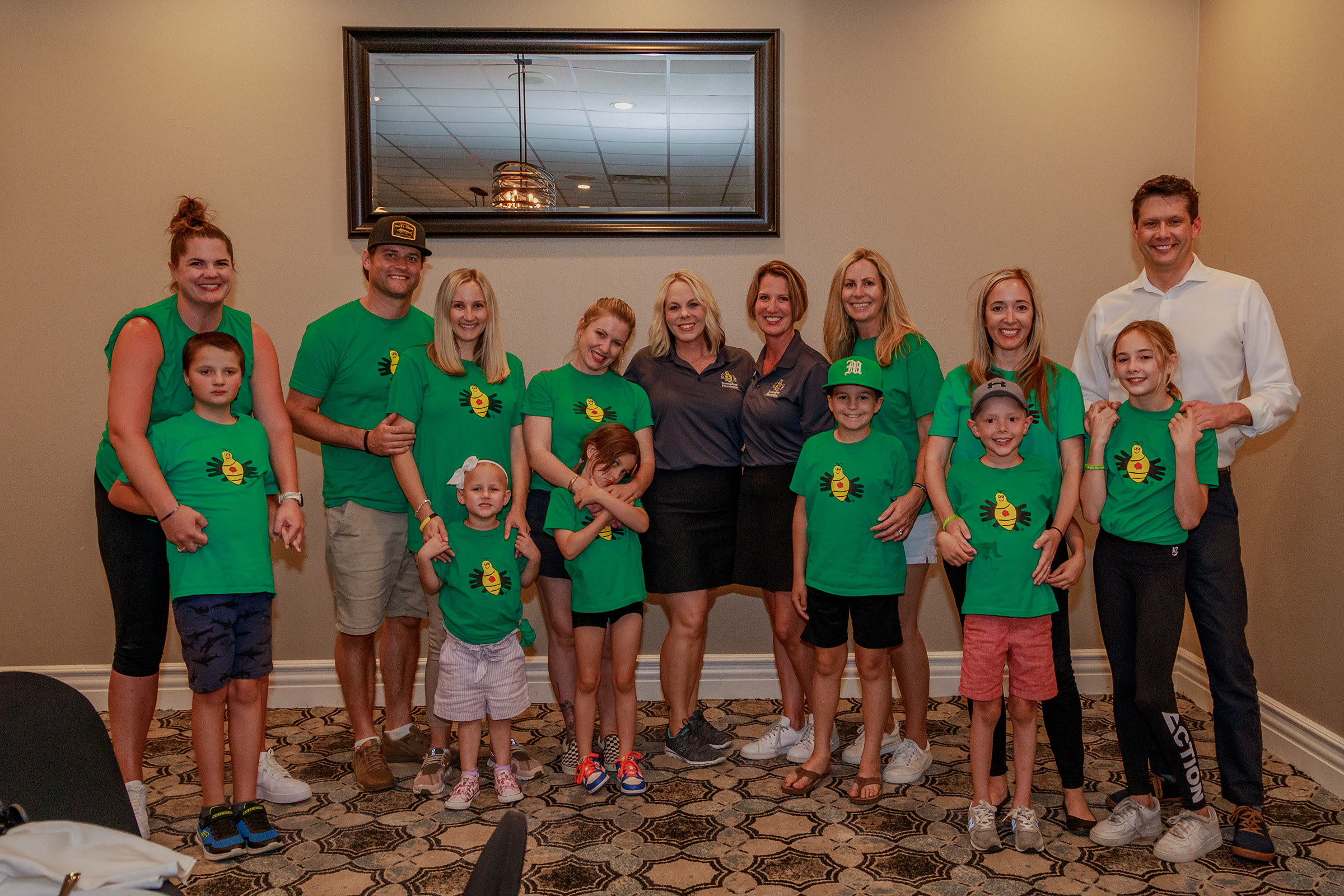 The Bumblebee Foundation is a non-profit 501c3 based in Southern California and is looking to empower volunteers, fundraise and assist pediatric cancer families. We hope you’ll join us!

The BumbleBee Foundation is committed to putting families first. We are responsible with the funds you trust us with. Financials can be found on Guidestar or by contacting us for more information.

We exist to help pediatric cancer families through the many challenges of cancer.

The BumbleBee Foundation was established in memory of Jarren Donatini, who at the age of four, passed away from a very rare form of liver cancer (Hepatoblastoma). During his eighteen-month battle with cancer, Jarren’s family was directly impacted with the overwhelming costs and emotional stress associated with caring for a pediatric cancer patient.

Jarren touched the lives of many, but the families that rallied around him and his family, providing love, faith, and hope during a time of great need, left such a profound impact that his parents immediately knew they were called to start an organization that would offer this same attitude of love and support for all families suffering from pediatric cancer.

Why the Name BumbleBee?

Jarren loved Transformers, particularly the Transformer named Bumblebee. Shortly after his passing, Jarren’s parents entered into a time of prayer seeking guidance on how to move forward after their loss and what they should name the foundation. On one particular occasion they noticed a bumblebee pestering them but thought nothing of it until the next day while watching Jarren’s favorite movie, Transformers.

At one point in the movie Optimus Prime, the leader of the Autobots (the good guys) introduces the Transformers to the main character, Sam. It was when he turned to Sam and said, “you already know your guardian, Bumblebee.” Epiphany! Guardian! Bumblebee! Jarren! That’s it! The name of the foundation was established. Since then, Jarren’s family continues to be followed by many “random” bumblebee sightings. They have learned that the sting of life through loss is incredibly painful, but that God is also there to comfort those that continue to seek Him.

Our Mission is to inspire hope and faith by providing support to the overall well-being of pediatric cancer families.

Established in 2011, the Bumblebee Foundation is a non-profit 501c3 that was founded in memory of Jarren Donatini, who was diagnosed with Hepatoblastoma (liver cancer) at the age of three.

During his 18 month battle with cancer Jarren touched the lives of many and showed others about the meaning of true love, faith, and courage. His parents immediately knew they were called to start an organization that would offer this same attitude of love and support for all families suffering from pediatric cancer.

Thank you to our generous donors for their continued support of the BumbleBee Foundation.

If you are interested in becoming a sponsor, please send email to: info@bumblebeefoundation.org.

Click one of the links below to find out more about
these wonderful non-profits and community partners.

A former financial and food industry analyst, Robyn O’Brien has been called “food’s Erin Brockovich” by the New York Times and Bloomberg. She triggered an allergic reaction in the food industry when she asked: “Are we allergic to food or what’s been done to it?” and helped trigger an awakening to the skyrocketing price of EpiPens when she coined the term #epigate.